Each Lecturer will hold three lessons on a specific topic.
The Lecturers below are confirmed. 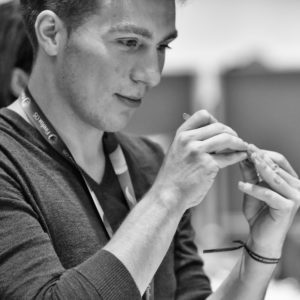 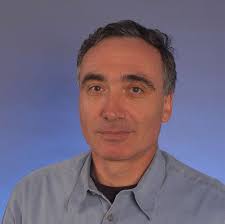 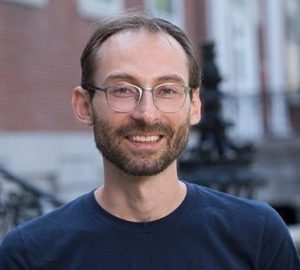 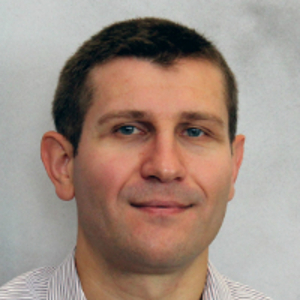 Dr. Butenko’s research concentrates mainly on global and discrete optimization and their applications. In particular, he is interested in theoretical and computational aspects of continuous global optimization approaches for solving discrete optimization problems on graphs. Applications of interest include network-based data mining, analysis of biological and social networks, wireless ad hoc and sensor networks, energy, and sports analytics. 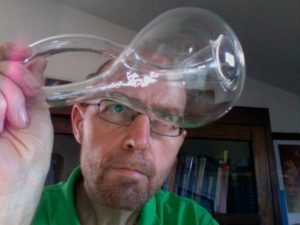 Marco Gori received the Ph.D. degree in 1990 from Università di Bologna, Italy, while working partly as a visiting student at the School of Computer Science, McGill University – Montréal. In 1992, he became an associate professor of Computer Science at Università di Firenze and, in November 1995, he joint the Università di Siena, where he is currently full professor of computer science.  His main interests are in machine learning, computer vision, and natural language processing. He was the leader of the WebCrow project supported by Google for automatic solving of crosswords, that  outperformed human competitors in an official competition within the ECAI-06 conference.  He has just published the book “Machine Learning: A Constrained-Based Approach,” where you can find his view on the field.

He has been an Associated Editor of a number of journals in his area of expertise, including The IEEE Transactions on Neural Networks and Neural Networks, and he has been the Chairman of the Italian Chapter of the IEEE Computational Intelligence Society and the President of the Italian Association for Artificial Intelligence. He is a fellow of the ECCAI (EurAI) (European Coordinating Committee for Artificial Intelligence), a fellow of the IEEE, and of IAPR.  He is in the list of top Italian scientists kept by  VIA-Academy. 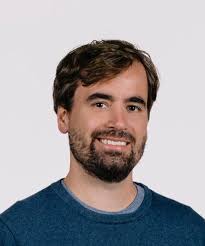 VAEs and Normalizing Flows: An Introduction to Modeling High-Dimensional Data with Deep Learning

Of great interest to research and industry is the ability to model and simulate very high-dimensional data, such as images, audio or text. We provide an introduction to a powerful and general set of techniques for high-dimensional modeling, that simultaneously allows for efficient learning, inference and synthesis. We introduce the framework of VAEs, that uses amortized variational inference to efficiently learn deep latent-variable models. We also introduce Normalizing Flows (NFs), an equally useful, and interlinking, technique. NFs allow us to improve variational inference, and can even completely remove the need for variational inference. We explain common methods such as NICE, IAF, and Glow.

Learning generative models with tractable likelihoods is fairly straightforward, as we have shown. But what about learning energy-based models, with intractable partition functions? Few methods exist that scale to high-dimensional data. To this end we introduce Flow Contrastive Estimation (FCE), a new method for estimating energy-based models. FCE was primarily conceived as a version of noise-contrastive estimation (NCE), adding an adaptive noise distribution, making it scale well to high-dimensional data. Secondarily, FCE is also a method for optimizing likelihood-based generative model w.r.t. the Jensen-Shannon divergence, as an alternative to the usual Kullback-Leibler Divergence. Lastly, we show that the FCE method is also a special case of the GAN method, where the generator is given by a flow-based model, and the discriminator is parameterized by contrasting the likelihoods of an energy-based model and the flow-based model.

Is principled disentanglement possible? Equivalently, do nonlinear models converge to a unique set of representations when given sufficient data and compute? We provide an introduction to this problem, and present some surprising recent theoretical results that answer this question in the affirmative. In particular, we show that the representations learned by a very broad family of neural networks are identifiable up to only a trivial transformation. The family of models for which we derive strong identifiability results includes a large fraction of models in use today, including supervised models, self-supervised models, flow-based models, VAEs and energy-based models. 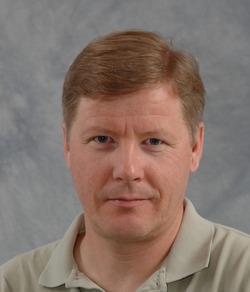 Risto Miikkulainen is a Finnish-American computer scientist and professor at the University of Texas at Austin. In 2016, he was named Fellow of the Institute of Electrical and Electronics Engineers (IEEE) “for contributions to techniques and applications for neural and evolutionary computation”.

Risto Miikkulainen is  AVP of Evolutionary Intelligence at Cognizant Technology Solutions. His current research focuses on methods and applications of neuroevolution, as well as neural network models of natural language processing and vision; he is an author of over 400 articles in these research areas.

His research focuses on biologically-inspired computation such as neural networks and evolutionary computation. On one hand, the goal is to understand biological information processing, and on the other, to develop intelligent artificial systems that learn and adapt by observing and interacting with the environment. The three main focus areas are: (1) Neuroevolution, i.e. evolving complex deep learning architectures and recurrent neural networks for sequential decision tasks such as those in robotics, games, and artificial life; (2) Cognitive Science, i.e. models of natural language processing, memory, and learning that, in particular, shed light on disorders such as schizophrenia and aphasia; and (3) Computational Neuroscience, i.e. development, structure, and function of the visual cortex, episodic memory, and language processing. 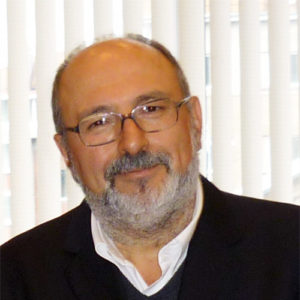 Panos M. Pardalos serves as distinguished professor of industrial and systems engineering at the University of Florida. Additionally, he is the Paul and Heidi Brown Preeminent Professor of industrial and systems engineering. He is also an affiliated faculty member of the computer and information science Department, the Hellenic Studies Center, and the biomedical engineering program. He is also the director of the Center for Applied Optimization. Pardalos is a world leading expert in global and combinatorial optimization. His recent research interests include network design problems, optimization in telecommunications, e-commerce, data mining, biomedical applications, and massive computing. 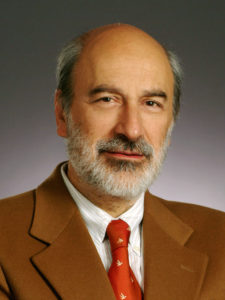 Jose C. Principe (M’83-SM’90-F’00) is a Distinguished Professor of Electrical and Computer Engineering and Biomedical Engineering at the University of Florida where he teaches statistical signal processing, machine learning and artificial neural networks (ANNs) modeling. He is the Eckis Professor and the Founder and Director of the University of Florida Computational NeuroEngineering Laboratory (CNEL) www.cnel.ufl.edu . His primary area of interest is processing of time varying signals with adaptive neural models. The CNEL Lab has been studying signal and pattern recognition principles based on information theoretic criteria (entropy and mutual information). The relevant application domain is neurology, brain machine interfaces and computation neuroscience.

Dr. Principe is an IEEE Fellow. He was the past Chair of the Technical Committee on Neural Networks of the IEEE Signal Processing Society, Past-President of the International Neural Network Society, and Past-Editor in Chief of the IEEE Transactions on Biomedical Engineering. He received the IEEE Neural Network Pioneer Award in 2011.  Dr. Principe has more than 800 publications.  He directed 99 Ph.D. dissertations and 65 Master theses.  He wrote in 2000 an interactive electronic book entitled “Neural and Adaptive Systems” published by John Wiley and Sons and more recently co-authored several books on “Brain Machine Interface Engineering” Morgan and Claypool, “Information Theoretic Learning”, Springer, and “Kernel Adaptive Filtering”, Wiley.

Lecture I – Requisites for a Cognitive Architecture

Lecture 2: Beyond Backpropagation: Cognitive Architectures for Object Recognition in Video – Putting it all together

Lecture II – Putting it all together 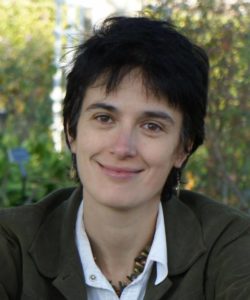 Professor van der Schaar is John Humphrey Plummer Professor of Machine Learning, Artificial Intelligence and Medicine at the University of Cambridge and a Turing Fellow at The Alan Turing Institute in London, where she leads the effort on data science and machine learning for personalised medicine. She is an IEEE Fellow (2009). She has received the Oon Prize on Preventative Medicine from the University of Cambridge (2018).  She has also been the recipient of an NSF Career Award, 3 IBM Faculty Awards, the IBM Exploratory Stream Analytics Innovation Award, the Philips Make a Difference Award and several best paper awards, including the IEEE Darlington Award. She holds 35 granted USA patents.

The current emphasis of her research is on machine learning with applications to medicine, finance and education. She has also worked on data science, network science, game theory, signal processing, communications, and multimedia. 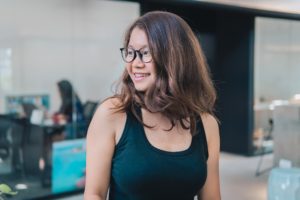 TensorFlow is a powerful open-source software library for machine learning developed by researchers at Google. It has many pre-built functions and models to ease the task of building and training neural networks, both on single machine and on multiple machines. TensorFlow also has dedicated modules to support the seamless integration of research with production.

This tutorial will cover the fundamentals and contemporary usage of the TensorFlow library for deep learning. It aims to help the audience understand the design choices that led to TensorFlow 1.0 and 2.0, explore the functions it has to offer, and learn how to build and structure models best suited for a deep learning project. Through the tutorials, students will use TensorFlow to build models of different
complexity, from simple linear/logistic regression to convolutional neural networks, recurrent neural networks, and self-attention models to solve tasks such as word embedding, translation, optical character recognition, joint intent slot filling for conversational AI. Students will also learn the best practices to structure a model and manage research experiments. 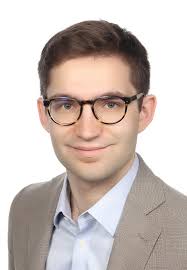 4-hour Tutorial on “Introduction to PyTorch”

Over the past two years PyTorch has became the dominant tool for machine learning research, with many of the groundbreaking advancements appearing alongside their PyTorch implementations. Having at least a basic understanding of the library is an asset, as it allows one to easily collaborate with others, develop their own research faster or at least gain a deeper understanding of the resources published every day online.

This course will be a gentle introduction to the PyTorch library and we will go over all of its fundamental abstractions. Those include the way model code is usually structured, how can one go about computing gradients of arbitrary Python functions automatically, making effective use of accelerators such as GPUs and what are the best practices for research implementations. If time allows, we will also take a peek into some more advanced features like the just-in-time compiler.

The Lecturers of the previous editions: